Khushi Muhammad of Walton Cantt, Lahore was unemployed for 6 months. Without a reliable income, all 4 of his children were out of school. He is a honest and hard-working, family man. He has the same problem that so many in Pakistan face: unemployment. Another problem faced by the country is a lack of mass public transportation. The reliable rickhshaw provide a critical and affordable mode of transportation for low to medium income families in Pakistan. Khushi Muhammad wanted to purchase a rickshaw to support his family but he faced another problem: a loan he could afford and someone willing to lend. He could not find one. He contacted the NexGenPak program director, Mr. Jamil Chaudhry.

NexGenPak determined this was a worthy investment. A rickshaw was procured from member dues and Khushi Muhammad was provided a lifeline. Six months later, Khushi Muhammad is a self-employed rickshaw driver. He is by no means a wealthy man but he can sustain his family on an ongoing basis. He has better hope for his children.

The NexGen program director was able to get a subsidy from a private primary school to enroll all 4 of his children. Khushi M. says he will not allow his children to be rickshaw drivers. Someday his children will be in the position to help others. Note:- NexGenPak MBAs studied the feasibility of a rickshaw business. They learned the margin is much higher than the actual cost of fuel consumption. The economics of auto rickshaw driving is very different. Based on older data, auto rickshaw drivers are able to cover 1 km at a cost ranging between 3-4 Rupees. The can earn 7-8 Rupees per Km. The prices have increased due to inflationary pressures but the margin have remained constant. The challenge though is the monthly loan installments which in Khushi M. case was given as a grant by NexGen.

Fight Against Covid19 For Pakistan 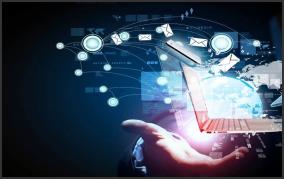